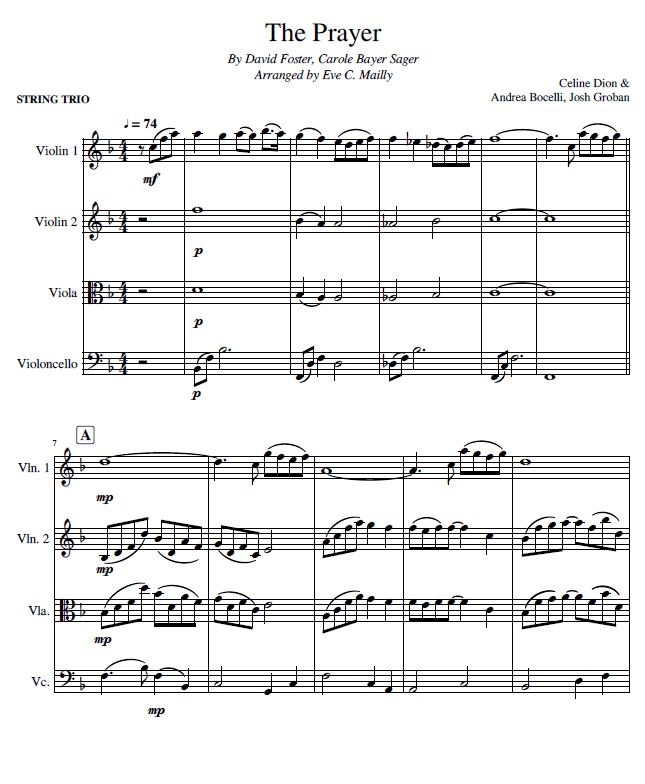 The Prayer is an ultra-lush song that has won critical acclaim, and which sounds great when played with a string trio. This arrangement keeps the flow and rich harmonies of the original as the two upper players “sing” the duet, accompanied by the cello. This arrangement can either be played by two violins and a cello, or a violin, viola and cello. The second part is included in both treble clef (for violin) and in alto clef (for viola). Score, set of parts 12 pages.