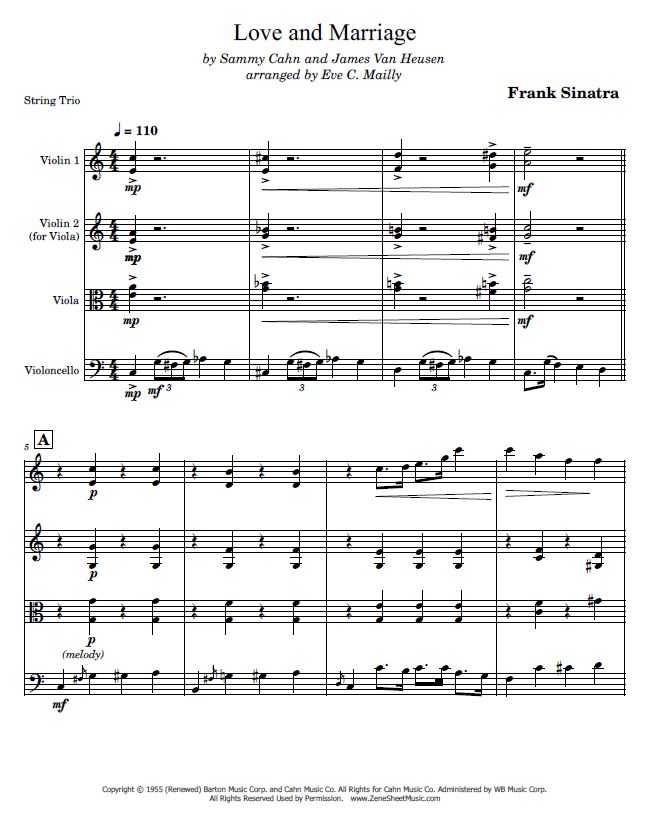 Love and Marriage was introduced by Frank Sinatra 1955 and won the Emmy for Best Musical Contribution from the Academy of Television Arts and Sciences a year later in 1956. Since then, the song has been recorded by a number of artists, used in commercials and movies, and most notably, as the theme song for the TV show “Married…with children”. This arrangement is for string trio, with the middle part included in both alto and treble clef, giving you the flexibility of playing it with either two violins and cello or violin, viola and cello. Score, set of parts, 10 pages