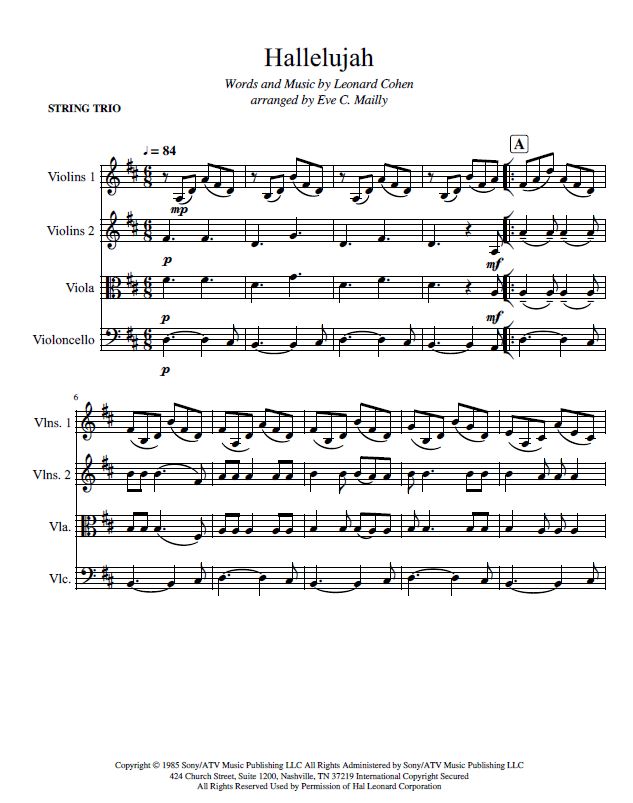 Hallelujah is a song written by Canadian singer Leonard Cohen, and was originally released in 1984. It has grown in popularity over the years and is now widely used in both secular and sacred settings. It was also featured in the film Shrek in 2001. This arrangement is for String Trio, and as with most Zene Strings arrangements, gives each player an opportunity to play the melody. There is a violin II part (treble clef) as well as a viola part (alto clef) included, so this trio can be played with either two violins and a cello, or a violin, viola and cello. Score, set of parts 8 pages.