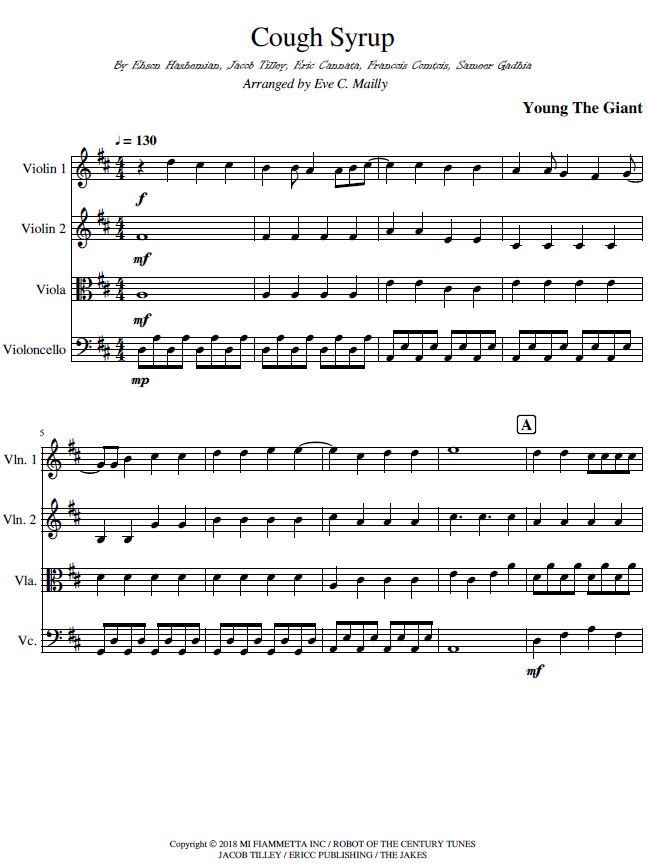 Cough Syrup is a song by American alternative rock band Young the Giant from their eponymous debut album. It was composed when the band was named The Jakes, and first appeared on their 2008 EP Shake My Hand. This arrangement for string quartet captures the upbeat energy and fun of the original – from your friends at Zene Strings!  Score, set of parts 19 pages.